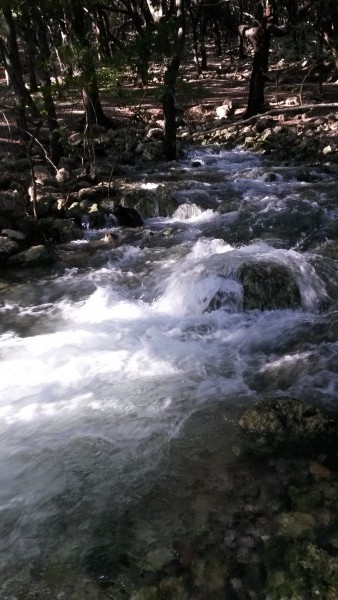 Along the valley that connects Campanet with Pollensa lies a little nature reserve where (at this time of year especially) a spectacle awaits you. Emerging from the rocks inside a wood of Holm Oak, Olive and Carob trees gushes an underground mountain spring that started on the peaks of Miner Gran and Puig Tomir just to the north. 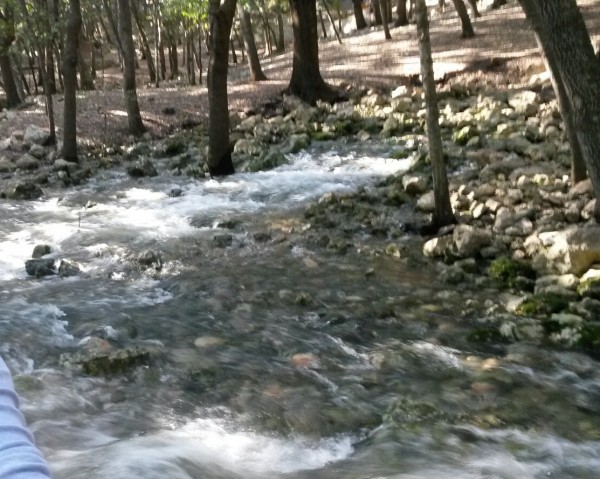 On Christmas day Mallorca caught the tail end of the storm that hit England and France on Christmas eve; it rained for several hours (and hard for an hour late on Chrstmas day night). That meant the odd puddle for cyclists heading out on (a windy) boxing day and also a good display at the springs. The springs are called “ses Font Ufanes” (the nature reserve is called  is “Monument Natural de ses Fonts Ufanes”). The spring was rushing like a Scottish river, and as you walk up it, it’s quite shocking to see it just vanish—one moment a river, the next, just wooded hillside. There’s no real hole where the water emerges: it just appears from amongst the rocks. From our Campanet villa the springs are just a 20min stroll down the lane. We walked down there on boxing day when with the sun out (despite the fact that the wind had not yet dropped from the storms), and we were able to say “bon dia” to many local families out for a holiday trip to the waters.