Figure of 8 over the Orient loop 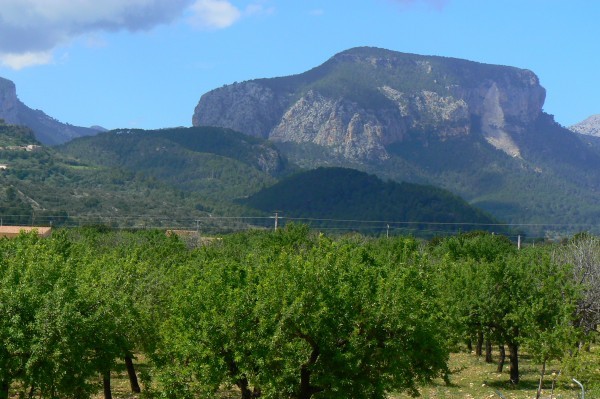 This 105km route climbs to Orient from the west side, which has a few advantages: you get to do the dramatic ascent from the square in Bunyola; you climb all the way to the Coll d’Honor in one go (which feels good); you descend the safer, faster, better surfaced east side to Alaro. A theme of this ride are two beautiful sections where the trees by the road briefly give you the feeling that you are somewhere else. The first is as you leave Alaro the first time; you’ll have climbed up the main street of the town to the square and turned left to leave from the north-west corner along a terraced road that traverses the hillside; look above you to the right at the crucial moment and you see pencil cedars that remind you of northern Italy (you see them by the side of the route in the TV coverage of the Strade Bianche race every spring). 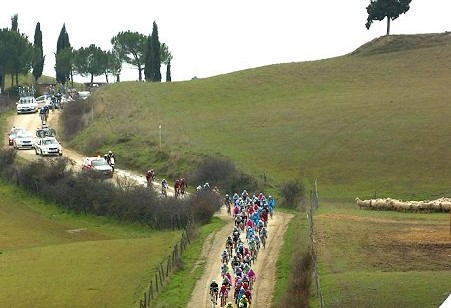 The second foreign tree themed section comes when you arrive back down in Alaro second time around: you cross over your own tracks for the figure of eight down a little lane which we call ‘little France’, as it is planted with plane trees avenue-style, in a beautiful way reminiscent of the way France is so planted as a result of Napoleon’s foresight (it’s the stretch that arcs round the south-east of Alaro, before you joint the Ma-2022 to Consell). After each of the two tree-sections, there are places where it’s worth stopping to look back at the view that’s behind you: first is about 3km after you’ve left Alaro, then again after you’ve passed Alaro for the second time and you’re gently climbing the slight rise to Consell; from both of these spots, the view back behind you to the mountains is magnificent.

The route hugs the side of the mountains for the first half, before going over the high point half way; the second half of the ride (as you’d want on a 105km day) is gentler. Click ‘download’ at the bottom of this page for the gpx file.