the five best locations to stay for cycling in Mallorca 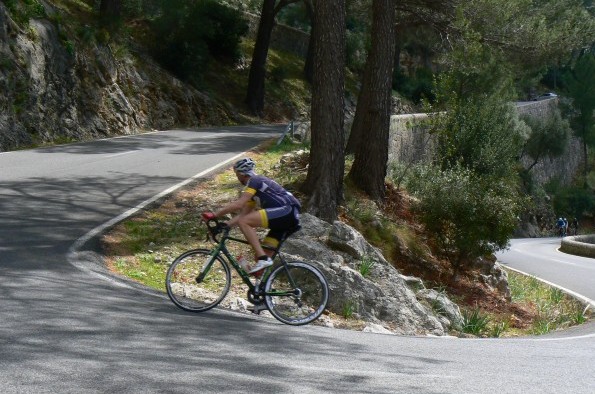 A cycling holiday to Mallorca typically lasts a week, with perhaps six rides; choose the right location as your base, and those six rides can be all amazing and all different—variety and quality of routes are paramount. If one stays on the coast, variety is compromised—draw a circle around your location on the coast, and half of it will be the sea! Three of our five best locations maximise variety by being in the middle of the island (though, as we’ll see, where exactly in the middle matters too); the other two compromise a little on variety to achieve other values that might on balance be more important to you.

Mallorca offers a wonderful variety of terrain for cycling. Running along the north are the Tramuntana mountains, that run the length of the island and drop into the sea on their north side; they offer alpine-style climbing (though since the highest pass is only 930m, they are not closed to snow in the winter). 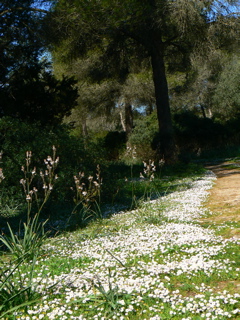 Below the mountains is a plain that we call the Sencelles levels (Sencelles is a village in the centre of the island that rises above the dead-flat levels rather like Glastonbury Tor above the Somerset levels; it is home-from-home for Nicki, Cycle Mallorca founder and CEO, as her parents have lived there for 25 years). Below the Sencelles levels the countryside is more rolling and varied, with gentle hills and many quiet lanes.

To find the best cycling locations, let’s start with the most famous climb on the island: the Soller pass is the best climb for cycling, as there’s a tunnel that means that cars seldom go over the hairpinned route. It’s like an alpine climb (shallow gradients and endless hairpins), with a café at the top (run by a Brit) and amazing views, north to the sea, and south to Palma and the expanse of the island. At the base of the climb on the southern side is our first best cycling location: Bunyola.

1 Bunyola is a perfect place to stay if you mean to mix climbing with some flat or rolling days riding. From Bunyola one can head north over the Soller pass and more climbs await you; if instead you south-east to Santa Maria, you’re on the Sencelles levels; head north-east out of Bunyola town square and you climb on perhaps the loveliest route on the island: the Orient loop.

2 Campanet offers the same kind of choice from Bunyola but nestles a little further east on the south side of the Tramuntana. It’s our second best location: your riding options from Campanet are huge (it’s perhaps better than Bunyola if you’re not sure what kind of riding you’re going to do: you could have six varied flat-to-rolling rides or six varied climbing days from here). 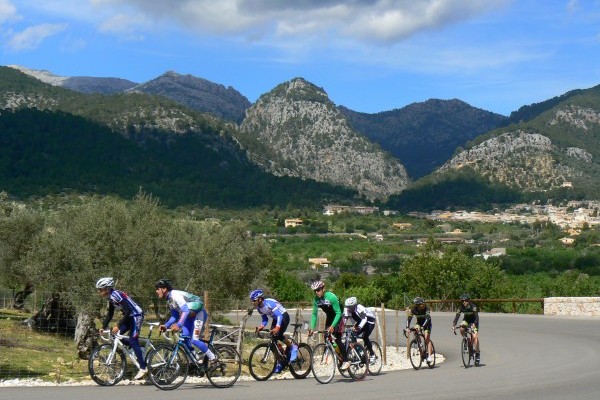 Head west from Campanet and after 5km you reach Selva, which is at the foot of the climb to the pass at Lluc (which cuts the mountains in their centre); if instead of turning north to Lluc you keep on heading west you roll gently to Alaro on the sun-drenched, olive-terraced south-facing foothills; if you turn left at Selva, you will wiz to Inca and onto the Sencelles levels. Head east from Campanet and you follow the quiet Cami Vell de Pollenca: the valley back-route to Pollenca. 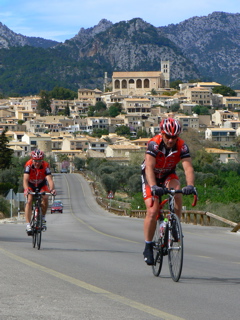 These two locations are dotted along the south side of the Tramuntanas, and offer both variety of riding (you could stay a fortnight and not repeat a ride), with diversity of flat, rolling and climbing options. Being on the south side of the Tramuntana has another advantage—your sunshine is maximised (after all, you’re there in the winter, so the days aren’t hugely long even down in the med ). The next three best locations are all a little different, but could be for you.

3 Soller is our third best location—a thriving town (with a fabulous café-filled square) on the north side of the Soller pass. Staying in Soller is best for riders who know they want to ride hills every day, as each route out is up: west heads into the beautiful north-western region and the famous artists’ village of Deia; south heads over the Soller pass; east heads up the highest pass (a 15km climb up to 930m). Soller is also a short roll (or tram ride) to Port de Soller and the seaside (or ferry to Sa Calobra and the famous hairpinned climb up from this little fishing village). With the sea to the north of Soller, one does sacrifice a little variety of rides, but what one gets in Soller is access to the serious climbing: you can start the day with the long steady climb up to that high point of 930m and then down to the Lluc junction to either descend south to Selva or go on east to Pollenca; or you can explore the routes up past Deia that are only practically reachable in pleasant cycle ride from Soller or Bunyola.

4 Pollenca (Port de Pollenca, in fact) is the most popular cycling destination in Mallorca, so there must be something about it! Port de Pollenca is on the coast in the north-east corner, so our rule that locations on the sea suffer from lack of variety of routes does applies; Old Town Pollenca is 5km inland and we think a more interesting place to stay (and 5km nearer the best riding) it’s still a bit near the coast, but it has other qualities that you might think make up for it. 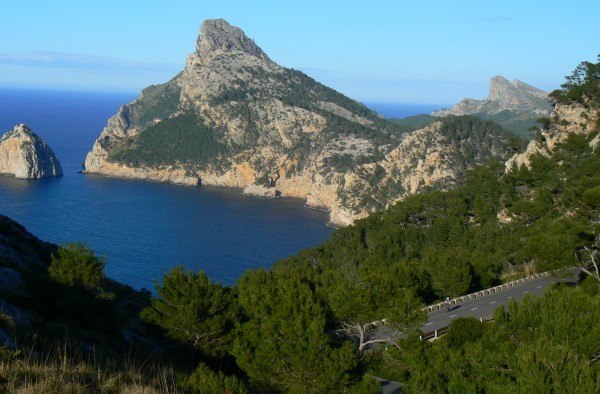 The east of the island is more accessible from here than anywhere: the Formantor peninsula has to be ridden once: it’s a climb with hairpins and steeper ramps that give spectacular views at each turn—the route gets better the further you go, as the cars tend to only go to the first beauty-spot, whereas the road goes down then up again to where the very tip of the island drops into the sea. Down the coastal road along the Bay of Alcudia you can ride the road where Cavandish’s Sky sprint train practiced their drills. Being on the east side puts the lovely town of Arta within a days’ ride from Pollenca (or Campanet); the road from Arta to Ermita de Betlem (the Betlem hermitage, or monastery) is one of the loveliest in the whole island: climbing tightly-spaced hairpins up to a little pass then descending seemingly down to the sea, but stopping at the monastery.

An advantage of Campanet and Pollenca is their easterly locations; in the afternoons a breeze often rises in Mallorca, and (like England), it’s usually a westerly or south-westerly—stay in the east-north-east and you’re blown home each afternoon.

5 Montuiri is our final best location. 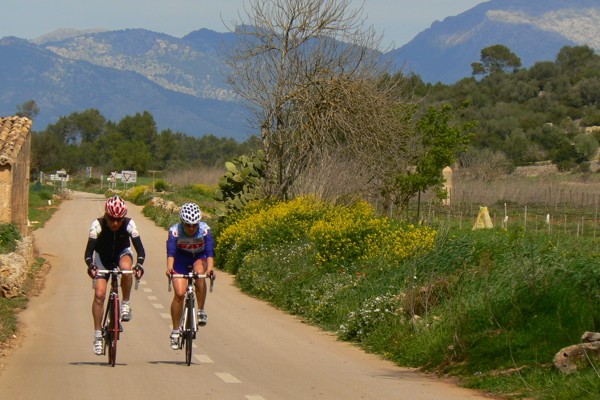 It’s in the centre of the island, and so one has great rides in all directions. We picked Montuiri, but Sineu, Saint Joan, Petra or Costix might all be equally good candidates (we’ve found a wonderful villa just outside Montuiri, so we’ve picked it as our best location—in case you think we picked our best locations to be where we had villas, the opposite is true: we picked the villas only after debating the best cycling locations). If mountains aren’t your thing and you want endless choices of quiet lanes through rolling countryside, then Montuiri is for you. You don’t rule out a challenge, though, staying in Montuiri: a route up and round the Orient loop is still a reasonable length ride, and Randa (the Mont Ventoux of Mallorca—though ¼ the size) is on your doorstep!